Introducing the first full-face design in the ADVAN Racing brand’s lineup of forged wheels. This large-diameter design, which is based on the RZⅡ, uses advanced forging technology that brings weight reduction to a whole new level. Among the ADVAN Racing brand, the cast RZⅡ shares the limelight with the forged GT. The RZⅡ’s sophisticated design, specific to casting method, is the basis for a brand new design called the RZ-F2. Actually, this is the first newly changed model since the introduction of the RZ-DF eight years ago. The RZ-DF was a forged wheel with deep rims, based on the first-generation RZ twin-spoke design.

These wheels, however, mark a departure from the deep rim design, and for the first time in ADVAN Racing brand history, a forged wheel with a full-face design is adopted. In other words, the development was aimed at creating a wheel to match the forged RZⅡ. The F in RZ-F2 means “forged,” of course, but the “deep rim” D of RZ-DF is not used. Yes, this new wheel is a forged RZII-like design, but the strength attainable through forging technology clearly affects the wheel’s design. So while the new design has a stepped shape and sports spokes that are side cut on both sides, just like the RZII wheels, but the spokes are thinner and straighter, creating an aura that says “forged” at first glance. And, featuring the four types of concave faces, etc., these wheels have been engineered to take maximum advantage of forging technology and manufacturing expertise.

Further, although the forged ADVAN Racing GT 18-inch wheels and the RS-DF Progressive wheels both adopt barrel rims that will accommodate big rotors of more than 380 mm, these barrel rims are not adopted in the RZ-F2 design. Why? Because the designers wanted to use a reverse rim that took maximum advantage of the wheel’s light weight even if it meant giving up accommodation of big rotors. The new ADVAN Racing RZ-F2 is a sports wheel that was developed to take this genre to new heights. 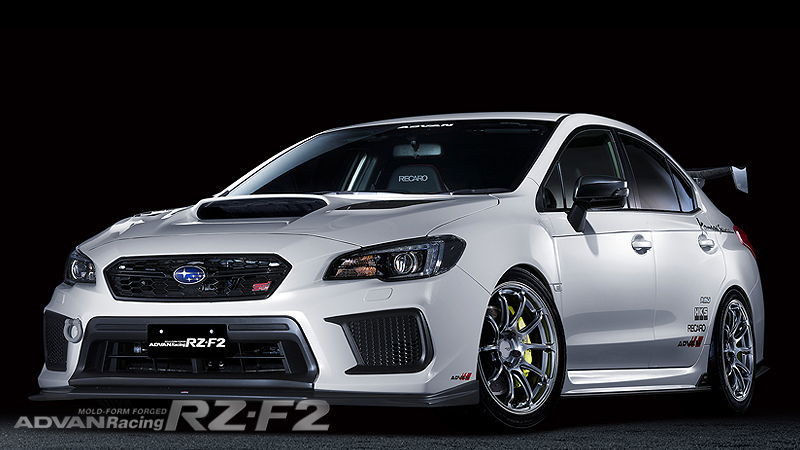 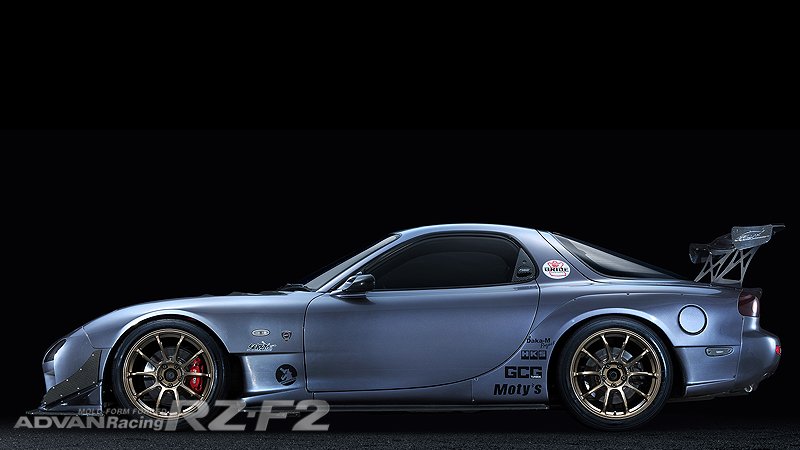 Be the first to review “ADVAN RZF2” Cancel reply