RG, the starting point of the ADVAN Racing lineup,
launches its 4th generation!

When the ADVAN wheel lineup was renamed ADVAN Racing, the first model was called the RG. Now in its fourth generation, this lightweight wheel was developed specifically for the ADVAN Works Gymkhana machine to compete in the All Japan Gymkhana Championship and the production race cars on circuits. The name is derived from the first letters of “Racing” and “Gymkhana.” The narrower 6-spoke design remains unchanged since the first generation. But the fourth generation features the most aggressive design in its history. The spokes are a little wider than its predecessor, the RGⅢ, giving it a more distinctive presence. All three types of concave shapes—standard design, GTR design, and Super GTR design—are standardized with the same linear form, clearly distinguishing it from other curve line-based ADVAN Racing casting wheels. The three-dimensional molding design, in which the outer ends of the spokes are concaved for a deeply scooped-out effect, and straighten toward the center, boasts a more aggressive look than the ADVAN Racing TC-4 and RSⅢ. It has nearly the same impact as the full-face design in the ADVAN Racing R6 6-spoke mold-form forged wheels, with a deep step-rim. Of course, each spoke side is side-cut machined, adopting the “advanced side cut processing,” in which the spokes were not connected at the center. The convex “ADVAN Racing” lettering, an icon of the brand, is placed on the rim, and the outside surfaces of the spokes receive a diamond-cut finish with a 3D processing machine. These are the standard specifications. The color selection includes Racing Hyper Black and Racing White, which stand out as genuine sports wheels. A diamond-cut finish on the outer rings is standard for these two colors. Racing Copper Bronze and Another longtime favorite color in the market, Semi Gloss Black, is also available, without the diamond-cut outer rings. All colors come with new RG-4 logo spoke stickers. The ADVAN Racing RG-4 is initially available only in the 18-inch size. 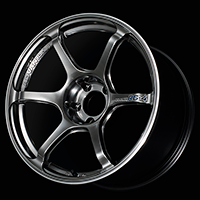 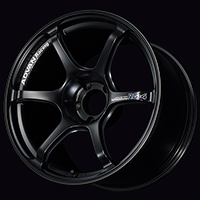 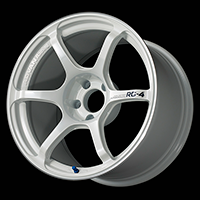 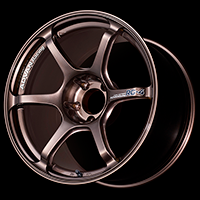 Be the first to review “ADVAN RG4” Cancel reply