This R6 is a new product of ADVAN Racing that was suddenly announced at the American Sema Show in October 2018.
The slender 6-spoke design with a deep rim, the rim has a stepped shape, and as you may have noticed, the roots of this new wheel “R6” are ADVAN Racing RG-D2. The basic concept of the development was to further evolve the possibilities of the RG-D2 design by making it 20 inches, and the mold forging method was adopted as a natural option in order to pursue the best specifications as a large diameter wheel.
Yes, you may find that this is exactly the same process that the 18-inch TC III gave birth to the 20-inch GT. It’s certainly the same flow, but it’s not just the idea of ​​a second brew of ADVAN Racing GT. I was convinced that the step rim shape of the RG-D2 was 20 inches + wide rim and could develop a world of deep rims different from GT, and this conviction became a reality with the completion of the prototype wheel announced by Sema. It became.
The 6-spokes have achieved the long spokes that are the benefit of 20 inches while keeping the exquisite slenderness. Of particular note is its concave shape, where the spokes rise from the inside of the step rim to create a unique curved line.
The side surface of the curved spokes is provided with an “advanced side cut” that connects the crotch part of the spokes without interruption, which not only reduces weight but also has the effect of further emphasizing the curved shape.
And the deep rim shape with the step part, which is the biggest feature of R6, also shows the power of the large diameter wheel without regret, and even insists that the prototype of the sports wheel is originally such a design. There is a world here that is completely different from the atmosphere of ADVAN Racing GT.
There are 3 types of deep rim depth, standard medium extra. In both cases, including the step part, a deeper value than GT is realized.
The colors are the classic “Machining & Racing Hyper Black”, the new color “Machining & Black Coated Graphite”, and the image color “Racing Candy Red”. (Racing Candy Red) 3 color setting.
The ADVAN Racing R6 logo engraved on the spokes is engraved with the same 3D processing machine as the GT premium version.

This R6 is the latest ADVAN Racing wheel, just announced at the October 2018 SEMA Show in Las Vegas. Designed with six slim spokes and a deep, step-rim form, the new R6 wheel clearly has its roots in the ADVAN Racing RG-D2 models. The concept was to evolve the RG-D2 design and its possibilities all the way to 20-inch sizes, and developing top-level specifications for this big diameter wheel was certainly a large part of deciding to use the mold-form forging process Right. It was the same process as the smooth flow from the 18-inch TCⅢ to the 20-inch GT. Yes, the same process, but the ADVAN Racing R6 is not merely a rehash. Yokohama was confident that the RG-D2’s step-rim form in a 20-inch + wide rim would mark a sharp contrast to the deep rim GT.That conviction ultimately paid off with the perfection of a test wheel and its introduction at SEMA.
While maintaining the sleek, exquisite lines, the 6 spokes are carefully elongated into the 20-inch form. And look closely at the concave shape, with the spokes on the inner side of the step rim, which results in uniquely curving lines. Advanced side cuts on the curved spokes bring them together at the inner forks, not only reducing weight, but also highlighting the curves. Then the stepped deep rim, a special feature of the R6 wheels, strengthens the visual impact of the large-diameter wheels. The We’ve entered a whole new world, completely different from the look and feel of ADVAN Racing GT wheels. The depth of the rim is available in three types: standard , medium, and extra. Each of the three, including the step portion, are deeper than GT wheels.The color lineup includes the popular Machining & Racing Hyper Black, and a new one called Machining & Black Coated Graphite, as well as a bold design finish called Racing Candy Red. The ADVAN Racing R6 logo is engraved into the spokes to create a 3D image similar to that of the GT Premium Version. 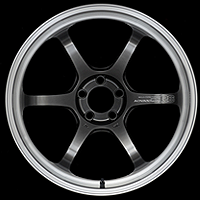 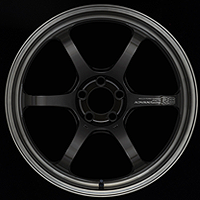 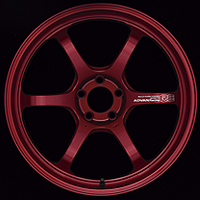 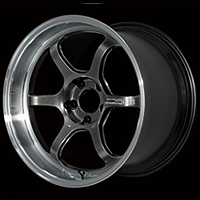 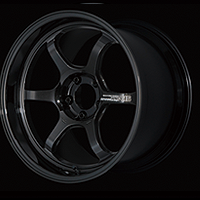 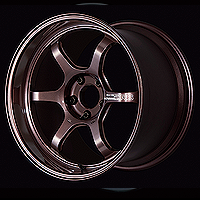 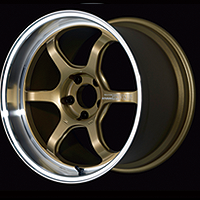 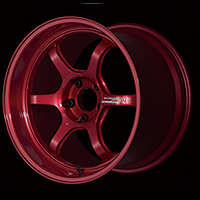 Be the first to review “ADVAN R6” Cancel reply